Faith, Mechanism, Desperation: Paternostrum Explores the Fragility of Stability and What We Take for Granted

Toronto -- What does stability mean to you? A sound career plan? A hardworking, blindly accepting society? For three maintenance workers whose jobs are suddenly threatened, desperation and doubt forces them to scheme their way back to stability. A satirical look at class conflict, Paternostrum premiered its first Table Read on Youtube on Sunday, May 30th at 5pm.

‘Paternostrum’ is a portmanteau of the latin word 'Paternoster' and 'Nostrum’: essentially an antique elevator filled with snake oil. Paternostrum is a show about three eccentric mechanics faced with the reality that one of them must lose their job due to alleged “company downsizing.” Each of these three cogs in a machine has a plan - a coping strategy for their absurd situation - but lack the big picture, the opportunity, and the moral and financial fortitude to seize the security they crave.

Paternostrum is the first production staged by Mokt, a theatre collective established in 2018 and filled with University of Toronto graduates. Leading the team is Director Jeff Kennes, a veteran of large and small ensemble pieces with experience directing shows in both Toronto Fringe and InspiraTO. Backing him is a production team that has over two decades of collective experience in theatre and within the Toronto theatre community, whose experience ranges from Hart House, Lower Ossington Theatre, and the Toronto Festival of Dance, to extraneous experience in large scale projects from the Edinburgh Fringe to New York City. 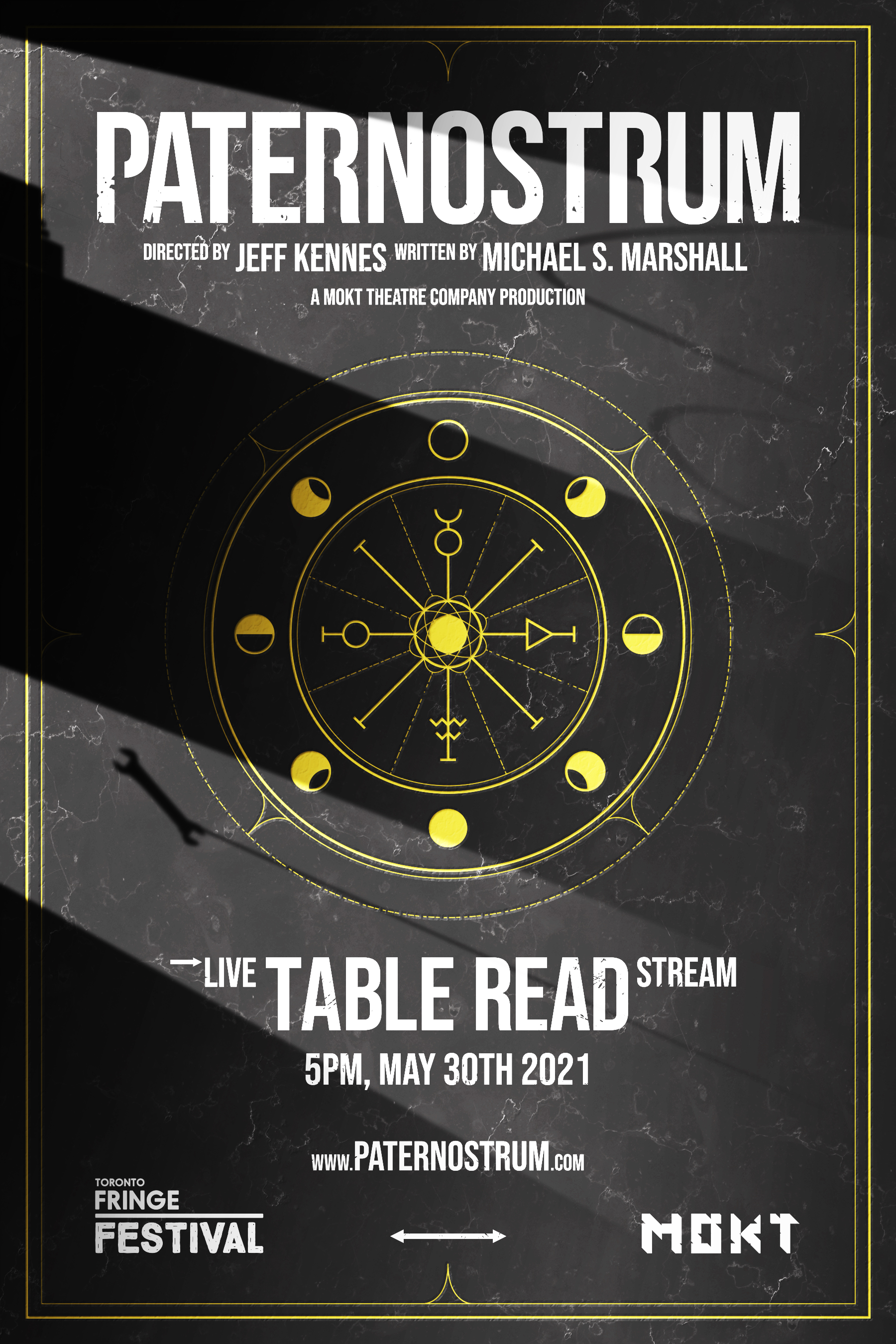 Producing Paternostrum through COVID-19 has been a hurricane. Originally set to premiere at the 2020 Toronto Fringe, what was meant to be a 6 month production process will now span more than two years as the company anxiously awaits the opportunity to fully stage the show for a live audience. Writer/Producer Michael Marshall provides his perspective of the turbulent process here:
"In short, I’m lucky to have been surrounded by both talented and patient people. The pandemic forces a more impersonal approach; emails and zoom fatigue; meetings where a producer feels like the head of the Norsefire party looking down at strained underlit faces in the gloom. In reality, that distance behind a screen has been met by the cast and crew with nothing but hard-work and compassion.
I’m excited for what we’re making and desperate to get back into a rehearsal space or a production room."

As we await the fateful days following mass-vaccination, the Paternostrum Table Read will be available here and on youtube until summer's end.